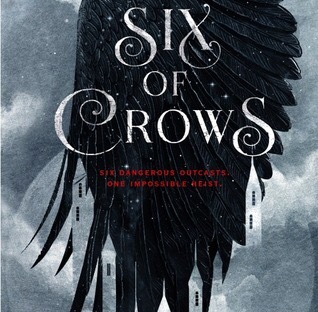 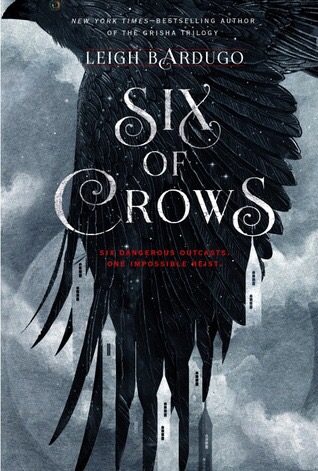 About: Six of Crows is a fiction novel written by Leigh Bardugo. It was published on 9/29/2015 by Henry Holt and Company, 465 pages. The genres are fantasy, young adult, and magic. This series has 2 books called Six of Crows Duology: book 1 is called Six of Crows and book 2 is called Crooked Kingdom. This author also has the Grisha series that are also popular.

My Experience: I started reading Six of Crows on 10/22/16 and finished it on 10/30/16. I’m glad to have read this book because I learned a lot about smart thinking & clever thinking from Kaz Brekker. I don’t know if I want to swoon over Kaz Brekker yet, but we will see how I feel when I read Crooked Kingdom hahaha.. Anyway, the plot is interesting with what seemed like dead ends but the characters are smart and they challenge themselves with impossible tasks. I like that kind of reading. It’s not a smooth ride. Each character has a trouble past and it makes them stronger when they have to survive on their own. I like that the characters discuss strategies before they set off on their adventures. I like that the author surprises us with many twists and turns even though we have glimpses of the crew’s plans of attack. My most favorite is Kaz’s explanation of “the mark” on lock picking, how a thief picks pocket, and always having backup plans.

If you aren’t born with every advantage, you learn to take your chances. p194

He’d tell himself to ignore her, and the next thing he knew his eyes would be seeking her out. p223 (pretty much the only romance in this book)

Point of Views: I like that there are different point of views from different characters in this book. The title was not openly embedded into this book but I can tell who are the Six of Crows. However, I don’t get why the first chapter has that guy’s POV and then for the entire book, he was not mentioned of again. Was he among the frozen guards?

There are no romance in this book. Everyone is too stubborn to show emotions even though they do have some of it lurking around. There are hints of it though. I enjoy Nina’s witty personality. I have trouble imagine the world building at times. Everyone coming from different backgrounds with different languages with some terms I can’t pronounce. It’s almost hard to keep up but since the book is long and the repetition is there, the reading is still good.

Normally I don’t like flashbacks but in this book, the author Leigh Bardugo wrote it very well. I could tell when I am reading the characters’ childhood experiences and when I am being brought back to the present. Since book 1 focuses on world building & characters development, reading them is kind of boring/monotone at times.

Summary: A gang of 6 guys & gals with various skill sets join forces to take on an impossible task. They contracted to rescue a scientist for a big sum of money. There are magic that will end their lives if they are not careful. But going to a foreign land with foreign language, can they complete their mission and make it out alive?

Con: too many countries to keep up, extra POV that only appear once and gone, character backgrounds, good that it’s detailed, but boring that at times seems monotone

***Disclaimer: I borrowed this ebook from my library on Overdrive and my opinions are honest.

41 thoughts on “Six of Crows Review” 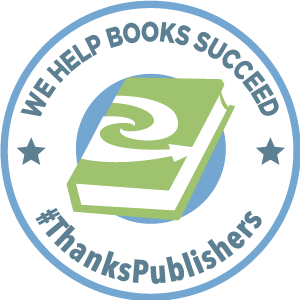 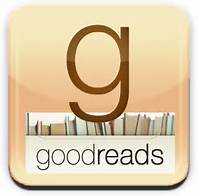