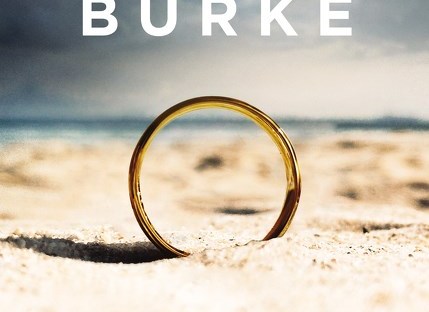 His Scandal
Her Secret
From New York Times bestselling author Alafair Burke, a stunning domestic thriller in the vein of Behind Closed Doors and The Woman in Cabin 10—in which a woman must make the impossible choice between defending her husband and saving herself

When Angela met Jason Powell while catering a dinner party in East Hampton, she assumed their romance would be a short-lived fling, like so many relationships between locals and summer visitors. To her surprise, Jason, a brilliant economics professor at NYU, had other plans, and they married the following summer. For Angela, the marriage turned out to be a chance to reboot her life. She and her son were finally able to move out of her mother’s home to Manhattan, where no one knew about her tragic past.

Six years later, thanks to a bestselling book and a growing media career, Jason has become a cultural lightning rod, placing Angela near the spotlight she worked so carefully to avoid. When a college intern makes an accusation against Jason, and another woman, Kerry Lynch, comes forward with an even more troubling allegation, their perfect life begins to unravel. Jason insists he is innocent, and Angela believes him. But when Kerry disappears, Angela is forced to take a closer look at the man she married. And when she is asked to defend Jason in court, she realizes that her loyalty to her husband could unearth old secrets.

This much-anticipated follow-up to Burke’s Edgar-nominated The Ex asks how far a wife will go to protect the man she loves: Will she stand by his side, even if he drags her down with him?

About: The Wife is a psychological thriller written by Alafair Burke. It was recently published on 1/23/18 by Harper, an imprint of HarperCollins, 352 pages. The genres are psychological, thriller, suspense, mystery, and fiction. Please see below for more information about the author.

My Experience: I started reading The Wife on 1/23/18 and finished it on 2/6/18. This book is a good read! I like following the professional relationship between Detective Corrine and DA King. I like their humor and banter. I like how sharp Detective Corrine is. An interesting read to what’s been going on in the media currently. A famous TV personality being accused of sexual harassment, except in this book, there is a twist with the wife having a whole other secret of her own. I like the discussion about how vulnerable it is for women to come forward to accuse men of their inappropriate behavior. I like to see the pressure a wife and family may feel when their private life is made public for others to scrutinize.

This book is told in the first person point of view following Angela Powell, wife to Jason and mother to Spencer. On the opposite side is Detective Corrine Duncan, told in third person point of view as she investigate the case against Jason. Angela’s husband is a celebrity and an economic professor at a university. Angela was a sought-after caterer and single mom before she married Jason. She lives life under the radar as opposed to her husband who stays on the top of the Google search results. One day, Jason’s student, Rachel Sutton and business client, Kerry Lynch accused Jason of sexual assault and their quiet life is exploded in the media storm. Angela fears that while investigations are digging through Jason to prove his guilt, that they will find her secret past where she tries hard to keep hidden. The mystery is how Angela’s past have anything to do with Jason’s current scandal.

This book has the best ending. I raise a whole star just for it. The overall read were a bit slow for me. It’s filled with a lot of technical law on harassment, rape, shady business, lawyer communication with the client, courtroom battle, etc. There were a few dead ends on the investigator’s side that I like and my favorite character, Detective Corrine didn’t let me down. The story is modern and relatable, I like how blogs are mentioned as a source for information to the public. I like how this book can act as a reminder that we should be careful about accepting a ride with a clean cut normal looking stranger. This book is still worth the read and I do recommend everyone to read it!

Pro: the ending, some humor, some investigation dead ends, blogs as an outlet for info 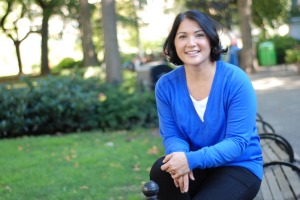 Alafair Burke is the New York Times bestselling author of eleven previous novels, the most recent of which, The Ex, was nominated for the Edgar Award for Best Novel. She also co-authors the bestselling Under Suspicion series with Mary Higgins Clark. A former prosecutor, she now teaches criminal law and lives in Manhattan. (Photo obtained from Goodreads and Info obtained from Edelweiss).

***Disclaimer: Many thanks to the author Alafair Burke, publisher HarperCollins, and Edelweiss for the opportunity to read and review. Please be assured that my opinions are honest.

10 thoughts on “The Wife Review”