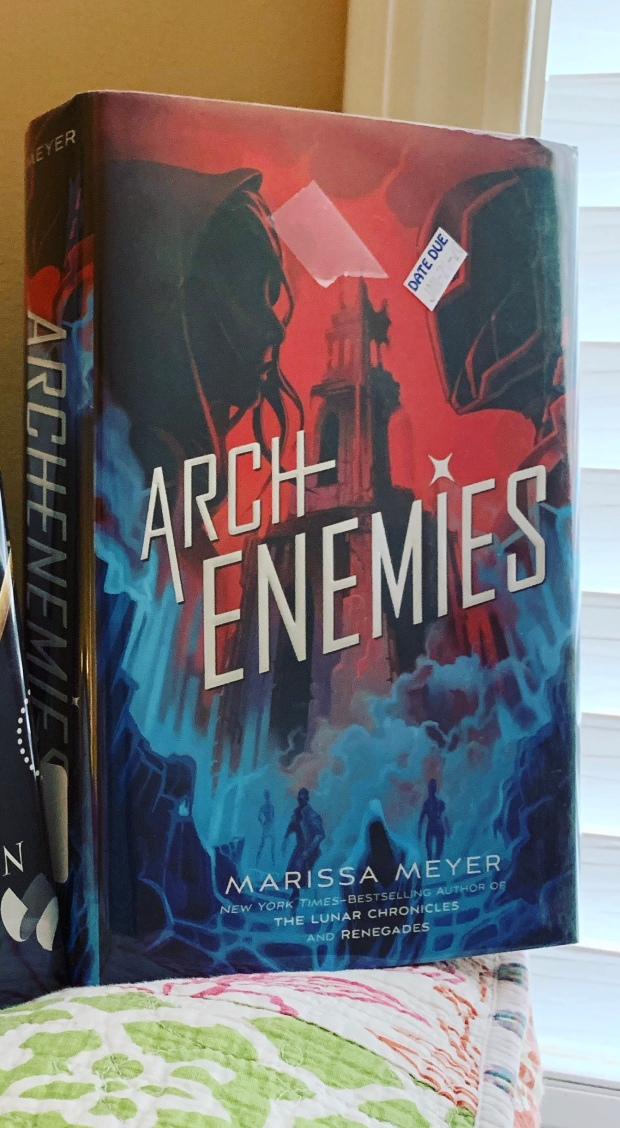 The Renegades Trilogy continues, in this fiercely awaited second installment after the New York Times-bestselling Renegades by Marissa Meyer, author of the Lunar Chronicles.

Time is running out.

Together, they can save the world.

But they each other’s worst nightmare.

Nova’s double life is about to get a lot more complicated:

As Insomnia, she is a full-fledged member of the Renegades, a syndicate of powerful and beloved superheroes. She works with Adrian’s patrol unit to protect the weak and maintain order in Gatlon City.

As Nightmare, she is an Anarchist – a group of of villains who are determined to destroy the Renegades. Nova wants vengeance against the so-called heroes who once failed her when she needed them most.

But as Nova, her feelings for Adrian are deepening, despite the fact that he is the son of her sworn enemies and, unbeknownst to Nova, he has some dangerous secrets of his own.

In this second installment of the Renegades trilogy, Nova, Adrian, and the rest of their crew – Ruby, Oscar, and Danna — are faced with escalating crime in Gatlon City, while covert weapons and conflicting missions have Nova and Adrian questioning not only their beliefs about justice, but also the feelings they have for each other.

The line between good and evil has been blurred, but what’s clear to them both is that too much power could mean the end of their city – and the world – as they know it.

About: Archenemies is a young adult science fiction written by Marissa Meyer. It was published on 11/6/2018 by Feiwel and Friends, an imprint of Macmillan Publishers, paperback, 560 pages. The genres are young adult, fantasy, and science fiction. This book is intended for readers ages 12 to 18. There are three books to the renegades series: book 1 was Renegades, book 2 was Archenemies, and book 3 was Supernova. According to the publisher’s website, “Feiwel and Friends is a publisher of innovative children’s fiction and nonfiction literature, including hardcover, paperback series, and individual titles. The list is eclectic and combines quality and commercial appeal for readers ages 0-16. The imprint is dedicated to “book by book” publishing, bringing the work of distinctive and outstanding authors, illustrators, and ideas to the marketplace. Feiwel and Friends is defined and guided by our principle: Our books are friends for life.” Please see below for more information about the author and publisher. (Here are my other reads and reviews from this author: Cinder, Scarlet, Cress, Winter, and Fairest)

My Experience: I started reading Archenemies on 1/3/2020 and finished it on 1/13/2020. I don’t love this book as much as the first one. I got bored with Nova’s third job at Renegades HQ. That portion is excruciatingly lengthy to get through. Callum tried hard to keep the artifacts upbeat but it’s like browsing through a museum. I enjoyed the start of the book before Nova started her third job. I enjoyed the ending as well. The villains’ win at their mission and lost of their *** is a surprise one for me. Normally I don’t like Villains but I’m liking Nightmare and the banters among her group.

This book is told in the third person point of view following Adrian, Renegade team leader and son of Renegade original founders, as he and his teammates attempted to apprehend a band of thieves leaving the hospital with their stolen bags of pills. Adrian is still in search of his mother’s killer and he doesn’t believe Nightmare is dead. The alternating view is Nova, a villain called Nightmare is spying on the Renegades by becoming a Renegade herself, a position she won through trial competition. This book continues from book one where the recent villain, the Detonator harm a lot of innocent civilians and the Renegades are introducing a weapon that will take away the supper powers of prodigy lawbreakers. From the surprise ending of book 1, Nova’s new mission is more important now than ever and she can’t fail.

Archenemies is filled with thoughts of wanting the world rid of superheroes. Readers get to follow the lives of the heroes and villains in normal day to day life. It seems not much difference because there are bullies among the heroes and they act like any villains. The romance escalated another step in this sequel and Adrian is so cute when he’s nervous. Some superpowers are pretty cool like Monarch and Adrian’s drawing. I like Ruby and Oscar’s attempts at love or Ruby’s attempts at playing hard to get. Out of the first two books, I enjoyed the first one more. I can’t wait to read Supernova, the finale to the series. 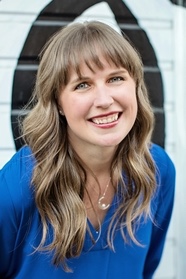 Marissa Meyer‘s first book in the Lunar Chronicles, Cinder, debuted on the New York Times bestseller list. Marissa lives in Tacoma, Washington, with her husband and their three cats. (Photo and info obtained from Macmillan’s website).

***Disclaimer: I borrowed this book from my local public library and my opinions are honest. 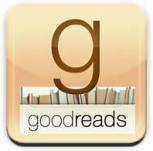 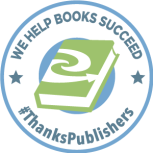