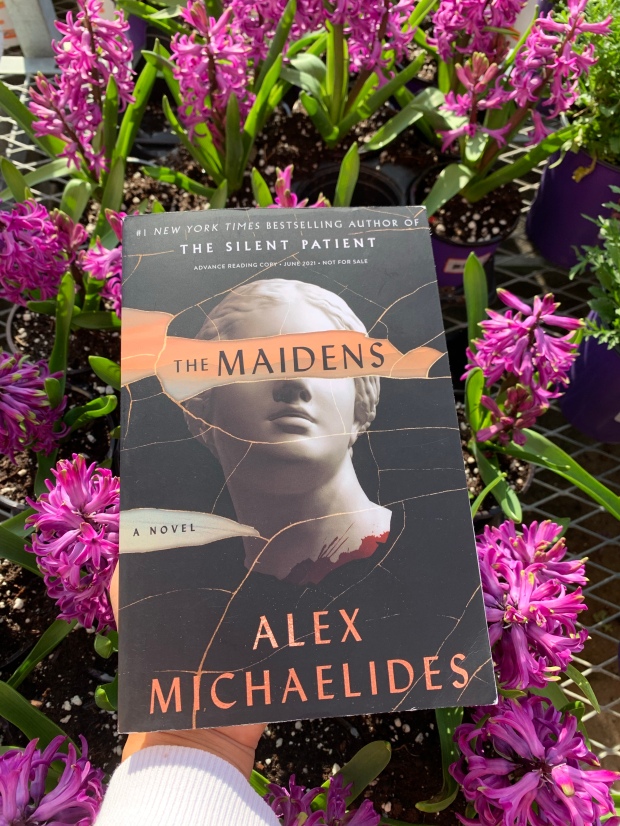 From the #1 New York Times bestselling author of The Silent Patient comes a spellbinding tale of psychological suspense, weaving together Greek mythology, murder, and obsession, that further cements “Michaelides as a major player in the field” (Publishers Weekly).

Edward Fosca is a murderer. Of this Mariana is certain. But Fosca is untouchable. A handsome and charismatic Greek tragedy professor at Cambridge University, Fosca is adored by staff and students alike—particularly by the members of a secret society of female students known as The Maidens.

Mariana Andros is a brilliant but troubled group therapist who becomes fixated on The Maidens when one member, a friend of Mariana’s niece Zoe, is found murdered in Cambridge.

Mariana, who was once herself a student at the university, quickly suspects that behind the idyllic beauty of the spires and turrets, and beneath the ancient traditions, lies something sinister. And she becomes convinced that, despite his alibi, Edward Fosca is guilty of the murder. But why would the professor target one of his students? And why does he keep returning to the rites of Persephone, the maiden, and her journey to the underworld?

When another body is found, Mariana’s obsession with proving Fosca’s guilt spirals out of control, threatening to destroy her credibility as well as her closest relationships. But Mariana is determined to stop this killer, even if it costs her everything—including her own life.

About: The Maidens is a mythology mystery thriller written by Alex Michaelides. It will be published on 6/15/2021 by Celadon Books, an imprint of Macmillan Publishers, paperback, 320 pages. The genres are mystery thriller, mythology, and adult fiction. The author’s debut, The Silent Patient, was a fantastic read. According to Celadon Books, it was “founded by publishing industry veterans Jamie Raab and Deb Futter, Celadon Books, a division of Macmillan Publishing, selects each title with thoughtful consideration in an effort to create a list that is at once classic, uncommon, and fosters discoverability of new voices.” Please see below for more information about the author and publisher.

My Experience: I started reading The Maidens on 3/28/2021 and finished it on 4/6/2021. This book was a great read, though the start was a bit slow. I don’t know a lot about Greek mythology so references to Greek tragedies surprised me, especially the horrific paintings. I loved that connection when the author brought Theo from The Silent Patient onto this story. The ending definitely left a cliffhanger vibe that there may be a sequel or maybe it’s up to reader’s interpretation. I’m still unsure if Sebastian’s death was an accident. I wondered if Mariana ended him and then live life in denial like Zoe said. The mystery was well executed.

This book started with a prologue where Mariana, 36, a Psychotherapist, believed Edward was a murderer except she couldn’t prove it. It’s been a year since Sebastian’s death, Mariana still loved him and couldn’t bring herself to rid off his belongings. She would have continued mourning for her late husband, Sebastian but a call from Zoe, Mariana’s niece, got her up and going. A body was found near Cambridge University and Zoe believed it’s her roommate Tara. Mariana decided to head out there, a place where she and her husband went to school and dated. She decided to stay a few days to look into Edward, the Professor Zoe said Tara accused before she died. This story was told in Mariana’s POV with an anonymous view every now and then in italicized making readers believed to be the killer. The book was divided into six parts with quotes to start each part. The story ended with an epilogue.

The Maidens was a mystery thriller written in references to Greek mythology which took place at Cambridge University. This book, like the author’s debut, both with a main character who’s job was a Therapist, especially one who was flawed growing up. I do liked reading the daddy issues in this book to explain fake parental love. Both point of views were good to read and the ending sure surprised me. It was not clearly written what the dad did behind closed doors to the boy but I am interpreting it as sexual abuse and then he grew up probably doing the same because Mariana admitted that she failed to see. I prefer the author to write it all out than for me to guess, but this book was still a great read and I do recommend it to everyone! 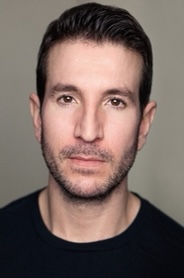 Alex Michaelides was born and raised in Cyprus. He has an M.A. in English Literature from Trinity College, Cambridge University, and an M.A. in Screenwriting from the American Film Institute in Los Angeles. The Silent Patient was his first novel. It spent more than a year on the New York Times bestseller list and sold in a record-breaking fifty countries. He lives in London. (Photo and info obtained from Macmillan’s website).

***Disclaimer: Many thanks to Celadon Books for the opportunity to read and review. Please be assured that my opinions are honest.